Equip yourself with insights, information, and wisdom. The aim of life is self-development and better health.

Hindsight always reveals the right choice. The one I should have made. The option I should have chosen. Why can’t I have a peek at hindsight in the here and now so I can make the best choice and best decision, today? That’s possible if I learned anything from my past.

Francois de La Rochefoucauld was a noted French author of maxims and memoirs. He held a clear-eyed and worldly view about human conduct in the 16th century. Perhaps he was scolding his fellow peers for spending half their day in bed with women when he wrote:

Five centuries later, I think his snide comment still has merit. Why do our choices matter? Many people speak about their lapse of recall saying, “Gee, I can’t remember anything these days; my memory is awful.” But we don’t make comments about our choices. We don’t say, “Gee, I can’t make correct decisions anymore, my judgment is awful.”

I wish I realized my decision-making ability had needed an overhaul before half my life was over. My earlier years might have been more pleasant and less turbulent.

But, unlike chatter about better golf grips, better gas prices, or better political races, the topic of better decision-making or why our judgment matters, is hardly the choice of conversation at a dinner party. If it were, perhaps there would be less regret and less hurt in our lives. Maybe we would have learned something beneficial for a lifetime from one another.

I like the idea of taking a moment with my family each night to reflect on the decisions and choices made throughout the day. It’s a good mental exercise to look at which decisions showed the use of better judgment and the opportunities that didn’t?

J.K. Rowling says: It is our choices…that show what we truly are, far more than our abilities.

I think she’s on to something! It’s at least worth a try. So I’m going to take a look at my decision-making process with honesty.

Want to join me? 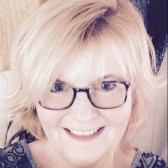 View all posts by Sandy Nelson »

4 comments on “Why Do Our Choices Matter?”